We hope you are doing well and safe, as always.

This was the flash flood incident that happened a few weeks ago and it hit a high-rise condo in USJ that is using JaGaApp. A resident has agreed to share with us his experience of avoiding potential damage caused to his assets because of the Emergency Alert feature in JaGaApp.

Read on to find out the full story that happened – based on a true event.

Disclaimer: The following content has been edited and condensed by our editors from its original version for clarity.

It was the big flood that hit the major areas of Klang Valley. My family and I are located in USJ. We returned back to our condo around 8pm and observed that the river has overflown from the nearby stream.

The underground car park started getting wet with water level building inside. There are a few water pumps inside the car park for water drainage purpose and we thought that they should be working fine.

At about 11.30pm, the fire siren of the condo suddenly rang. We were ready to evacuate but we didn’t see any fire in the building or the next building. We checked with a few neighbors and they were also unsure why the fire siren rang.

At first, we thought it was a false alarm, until we started seeing people moving their vehicles to higher areas nearby. This is when I noticed the Klang River has already overflown and a huge amount of water was flooding into the basement.

I immediately called the management office and guard house, and someone finally picked up the phone after several attempts. The guard informed us to move our vehicles immediately as water level is rising rapidly. Me and my family decided to evacuate and move to a relative’s house located on higher ground, but what’s worse was that all the lifts had stopped operating.

We took the stairs and when we reached the vehicle, we were shocked as the basement was fully flooded. Luckily, our vehicle was parked on higher ground and we managed to avoid the catastrophe. Nonetheless, it was a very stressful and tiring process (my unit is on the 18th floor!)

After settling down, I noticed the notification from my JaGaApp. Turns out, when the siren first rang, the security had already sent the flood alert to the resident via the app as well.

I should have checked the app for details, instead of kept calling the office and guard house, which was a very stressful (and quite disappointing experience).

There were a few more flood alerts from the JaGaApp that night. Fortunately, my family and I already made the quick decision to evacuate before the situation got worst.

Since this incident, I depend mostly on JaGaApp to receive any latest updates, including on the damages access and notices updates to decide when to return back to my condo.

I believed that many residents installed JaGaApp mainly to communicate with the management for house maintenance and visitors management. However, we never really realized its full usefulness until after this incident. Now, I started to realize how useful JaGaApp is for disaster alert, property management, and even sending out the SOS message via the app.

Thanks to my building management team for choosing such a great app and is managing it properly. Also, special thanks to the Red Ideas – the company behind JaGaApp – for designing such a great application and hope it will be improved to provide more and more useful functions to its users.

What Happens When Emergency Alert is Triggered 🤔

Have you ever wondered what will happen? It is very important to know so you that can be more prepared (just like fire drill practice 🚒) if an emergency happens.

Here’s a simple visual to quickly show you what will happen if an Emergency Alert is triggered by your security in the future, just in case:

And so – that’s how JaGaApp’s Emergency Alert will inform you firsthand and help you in times of need! All in all, remember to stay calm at all times.

On the other side, what will happen if you as the resident – need help? You can also trigger an Emergency Assist and the device in the guardhouse will be immediately notified with a loud siren, so that the security will be able to help you in the fastest time possible.

You can learn more about activating Emergency Assist here on our website.

YAY, MORE FREEBIES FOR YOU! 🎉

ZALORA turns 10th this month and for this special anniversary, you are going to get the biggest deals ever!

Don’t miss out on these limited-time deals only available throughout this mega celebration period. Shop for your desired apparel brands online with ZALORA today using these promo codes exclusively for JaGaCorner readers:


*Valid for new ZALORA customers, for a single usage only

We hope you learned a thing or two from the story in today’s newsletter. And for yourself – how has JaGaApp helped you in your daily life?

Feel free to share your JaGaApp usage experience with us by replying to this email or clicking the link at the bottom of this email.

Together, let’s build safe, friendly, and desirable communities around us.

Stay tuned for the next issue!

And before you go, let us know if you enjoyed reading our newsletter.

We would love to hear from YOU and what you want to read and us to talk about in our next JaGaCorner post! 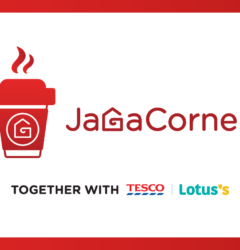 JaGaCorner Newsletter #14: Back To New Normal 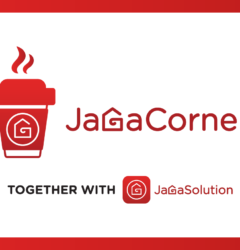 JaGaCorner Newsletter #5: What Is Your MCO Story?

JaGaCorner Newsletter #35: Catching up with our Ed

JaGaCorner Newsletter #42: Catching Up with David!

JaGaCorner Newsletter #40: Change starts from you

Subscribe to our newsletter to get the latest update!